The Microbial Diversity Conference is an international conference that is becoming a consolidated biennial event bringing together agricultural, environmental and food microbiology researchers and professionals from all over the world.

The 5th Edition of MD is organized by the Italian Society of Food, Agricultural and Environmental Microbiology (SIMTREA), University of Catania, and University of Palermo in collaboration with the International Commission on Food Microbiology and Hygiene (ICFMH), the Institut National de la Recherche Agronomique (INRA) and the Consiglio per la Ricerca in Agricoltura e l’Analisi dell’Economia Agraria (CREA).

The previous MD editions saw a multidisciplinary audience and included microbiologist working in the area of agriculture, food, environment, health industry members, researchers and basic scientists who came together from 36 countries to make for an exciting forum.

The theme of the 5th edition, “Microbial Diversity as a source of novelty: function, adaptation and exploitation” will address topics of frontier in different fields, ranging from the study of the metabolome to the application of the genome editing techniques. The meeting will take place in Sicily, in the heart of the Mediterranean Sea, at the foot of Mount Etna, the biggest volcano in Europe and one of the most active in the world. The striking location, recognised as one of the major reservoirs of biodiversity, will be a perfect frame for the fascinating topic of the microbial diversity and will attract a broad European, International and Mediterranean participation.


‐ provide a communication forum for the exchange of information and experiences upon microbial diversity among scientists interested in the fields of agricultural, environmental and food microbiology;
‐ foster collaboration and the exchange of opinions among scientists and researchers who interact with microbiologist, such as biologist, phyto-pathologist, chemists, industries, agronomists;
‐ explore the influence of microrganisms in several contests from agriculture to bioremediation and from natural ecosystem to human host;
‐ exploit microbial interaction and novel biotechnological applications.

The Conference is structured with invited lectures given by outstanding scientists in the following six sessions: 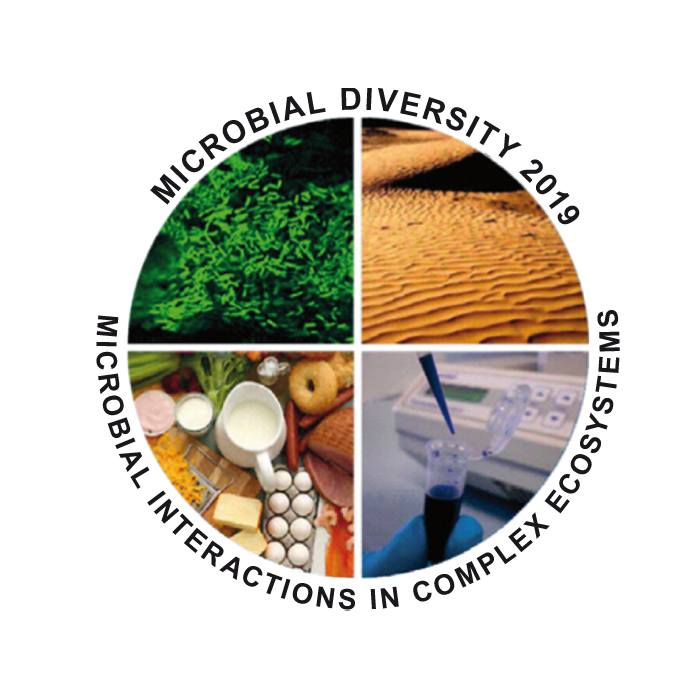